Join us online for the launch of The Lost Letters of Flann O’Brien – discovered in a disused cupboard in a Dublin pub during lockdown, The Lost Letters of Flann O’Brien contains 107 never-before-seen letters written to the cult Irish writer by a collection of twentieth-century luminaries, including Joseph Goebbels, Walt Disney, Virginia Woolf, Marilyn Monroe, Bob Dylan and Rachel Carson. Perhaps.

On 5th January 2021, to celebrate the USA launch day of NORA, I, along with fellow Irish author Eibhear Walshe – who wrote the wonderful The Last Days at Bowen’s Court about Elizabeth Bowen – did an online bio-fiction event with Columbia University, facilitated by scholar and author Heather Corbally Bryant.

The event is online now and you can view it on YouTube here.

All thanks to the gracious Emily Bloom of Columbia Uni for stellar organising.

Three weeks from today, on the 5th January, my novel NORA, about Nora Barnacle, is published by Harper Collins in the USA. (It comes out in Ireland with New Island in April and Insel Verlag in Germany).

All pre-order details for NORA are here.

To celebrate the launch day, I and fellow Irish author Eibhear Walshe, who published the wonderful The Last Days at Bowen’s Court this year, are doing an online event with Columbia University, facilitated by author Heather Corbally Bryant.

You can register for this event here – we would love to have you aboard!

Read all about our event below!

This conversation brings together two novelists who thread the needle between fiction and biography. Nuala O’Connor’s Nora: A Love Story of Nora and James Joyce (HarperCollins) and Eibhear Walshe’s The Last Day at Bowen’s Court (Somerville Press) are told from the point of view of two very different Irishwomen—Nora Barnacle and Elizabeth Bowen—and draw from biographical material but are not beholden to it. In this discussion moderated by Heather Bryant Jordan, the authors will consider the relationship between history and fiction, writing writer’s lives, and writing women’s lives.

Nora: A Love Story of Nora and James Joyce
For a video of Nuala O’Connor reading from Nora, please see the following link: https://youtu.be/7OSO5Wb815c

Acclaimed Irish novelist Nuala O’Connor’s bold reimagining of the life of James Joyce’s wife, muse, and the model for Molly Bloom in Ulysses is a “lively and loving paean to the indomitable Nora Barnacle” (Edna O’Brien).

Dublin, 1904. Nora Joseph Barnacle is a twenty-year-old from Galway working as a maid at Finn’s Hotel. She enjoys the liveliness of her adopted city and on June 16—Bloomsday—her life is changed when she meets Dubliner James Joyce, a fateful encounter that turns into a lifelong love. Despite his hesitation to marry, Nora follows Joyce in pursuit of a life beyond Ireland, and they surround themselves with a buoyant group of friends that grows to include Samuel Beckett, Peggy Guggenheim, and Sylvia Beach.

But as their life unfolds, Nora finds herself in conflict between their intense desire for each other and the constant anxiety of living in poverty throughout Europe. She desperately wants literary success for Jim, believing in his singular gift and knowing that he thrives on being the toast of the town, and it eventually provides her with a security long lacking in her life and his work. So even when Jim writes, drinks, and gambles his way to literary acclaim, Nora provides unflinching support and inspiration, but at a cost to her own happiness and that of their children.

With gorgeous and emotionally resonant prose, Nora is a heartfelt portrayal of love, ambition, and the quiet power of an ordinary woman who was, in fact, extraordinary.

The Last Day at Bowen’s Court

“A subtle, compelling and detailed reimagining of one of the great enduring love affairs of the literary twentieth century. Eibhear Walshe has brought a vanished time back to life.”
John Banville

This remarkable novel explores the life of the Irish novelist, Elizabeth Bowen, her time in London during the Second World War and her ‘reporting’ on Irish neutrality for the Ministry of Information. At the centre of the novel is her Blitz love affair with the Canadian diplomat, Charles Ritchie, a wartime romance that inspired her most famous novel, The Heat of the Day, a gripping story about espionage and loyalty that became a best-seller. The story is told from the point of view of Bowen herself, and also from that of her lover Charles Ritchie, her husband Alan Cameron and Ritchie’s wife Sylvia. It is set in wartime London, Dublin and North Cork, and deals with the private and public conflicts of love and of national identity in a time of upheaval and liberation. At the centre of the novel is a portrait of Elizabeth Bowen, one of Ireland’s most influential writers.

Heather Corbally Bryant teaches in the Writing Program at Wellesley College; she is the author of the prize-winning book, Elizabeth Bowen and the Landscape of War, and ten books of poetry. Her poems have been nominated for the Pushcart Prize, and her chapbook, James Joyce’s Water Closet, won honorable mention in the Finishing Line Press Open Chapbook Competition. She is currently at work on a book of essays, A Memoir in Snapshots.

Nuala O’Connor was born in Dublin, Ireland, in 1970. A graduate of Trinity College Dublin, she is a novelist and short story writer, and lives in County Galway with her husband and three children. Nuala has won many prizes for her short fiction including the Short Story Prize in the UK and Ireland’s Francis MacManus Award. She is editor at flash e-zine Splonk.

Eibhear Walshe was born in Waterford, studied in Dublin, and now lives in Cork, where he lectures in the School of English at University College Cork and is Director of Creative Writing. He has published in the area of memoir, literary criticism and biography, and his books include Kate O’Brien: a Writing Life (2006), Oscar’s Shadow: Wilde and Ireland (2012), and A Different Story: The Writings of Colm Tóbín (2013). His childhood memoir, Cissie’s Abattoir (2009) was broadcast on RTE’s Book on One. His novel, The Diary of Mary Travers (2014) was shortlisted for the Kerry Group Novel of the Year in 2015 and longlisted for the 2016 International Dublin Literary Award. He was associate editor, with Catherine Marshall, of Modern Ireland in 100 Art Works, edited by Fintan O’Toole and shortlisted for the Bord Gais Energy Irish Book Award. His novel on Handel, The Trumpet Shall Sound was published in 2019 was described as ‘fascinating, deep and utterly absorbing’ by the Irish Times and ‘a plausible, sensuous coming-of-age story about a genius wrestling with love and ambition across eighteenth century Europe’ by Emma Donoghue.

Nuala will read a new essay at an International Women’s Day event in Carrick-on-Shannon on the 8th March at 2.30pm. Dock Arts Centre.

Nuala will be taking part in a Historical Fiction event at Hodges Figgis, Dublin, on the 4th April. This is a free event. More details here.

She will also, as Editor of Splonk, take part in a panel at Flash Fiction Festival, on editing a flash journal, with Meg Pokrass.

Nuala has been head-to-the-desk, busy editing her forthcoming novel about Nora Barnacle for her new editor in New York – more on that to come soon!

In the meantime, you might catch her at one of these upcoming events:

Spain: In November Nuala travels to Spain as part of EFACIS to teach and read to students in universities at Burgos and Logroño.

Nuala is teaching a poetry workshop at the Maria Edgeworth Literary Festival on 11th May 2019. 11am to 1pm. €20. Booking here.

She will read that night in Edgeworthstown, at the Manor Church, with Paul McVeigh. More here.

Nuala will interview Nessa O’Mahony about her Ballinasloe-set novel, The Branchman. More here.

Nuala will interview Frank McGuinness about his career and his latest novel about the death of James Joyce, The Woodcutter and his Family. More here.

Writing From the Body workshop – part of the One City, One Book celebrations:

Writing sensual moments and/or sex scenes in fiction can be a tricky business. How upfront does the writer need to be? How much should be on the page and how much hinted at? Using examples and writing exercises, this workshop will look at how far to go when it comes to writing from and about the body in long and short fiction.
Book Here on Eventbrite 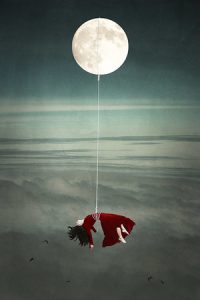 I’m looking forward to taking part in Miscellany50, a celebratory radio festival weekend of short writing and music produced to salute fifty years of Sunday Miscellany, the RTÉ Radio 1 programme. Five concerts at the Project Arts Centre, Dublin, will each capture a decade between 1968 and 2018. I chose my birth year, 1970, and my essay ‘Mother Moon’ is about the moon and the Apollo 13 mission.

Miscellany50’s concerts will be recorded and produced for broadcast on RTÉ Radio 1 in 2019.

Here’s the line-up for the concert I will take part in:

More info on the series of concerts here. 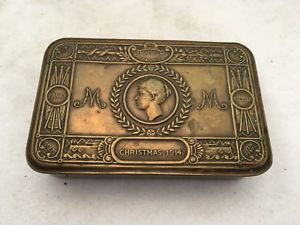 I was commisioned to write a WW1 short story, set in Fermanagh, for it. I called it ‘Tin’.

Free event, but tickets must be booked here: https://www.poetryireland.ie/whats-on/the-art-of-border-living