I loved taking part in the Women Writers of the West online reading group events, where I talked mostly about my novel Becoming Belle and a little about NORA. You can watch the recording here.

There are two new interviews with Nuala online this week. One with Cathy Brown at 746 Books which includes a giveaway of Becoming Belle. Here.

The second is the Crannóg Questionnaire, by Crannóg literary journal, to celebrate their 50th issue. Here.

The beautiful UK cover for Becoming Belle, out in June. Thanks to my lovely editor Anna Boatman and all the team at Piatkus and Little Brown UK. I love it!

Nuala’s event with Michele Forbes, and moderated by Clíona Ní Riordáin, was a great success in Paris last night. A large, enthused crowd and a great Q&A. Thanks to Marion Mossud, librarian at the Centre Culturel Irlandais, for hosting the reading.

In this, the second literary foray into Victorian times for Nuala O’Connor, the author has created a splendid, loveable heroine who brings to life the spirit of an age.  In Victorian times, while it may have been rare for women to explore and enjoy independence, when they did, they certainly made their mark.

In her previous novel, Miss Emily, Nuala O’Connor took such a Victorian by the hand – the iconic poet Emily Dickenson – and delivered a quirky tale of two women, at both ends of the social scale, the other being an Irish emigrant working as the Dickenson family’s maid. The unexpected plot made for a richly readable tale.

Becoming Belle is inspired by another real woman, the Countess Clancarty of Galway, born Isabel Bilton. She came from a middle class British military family, took to the London stage in 1889 and rose to fame as a Music Hall performer as part of The Sisters Bilton vaudeville act, becoming the toast of London before marrying into the anglo-Irish artistocracy.

The fact that book is based on fact adds to its oomph.  The great Music Hall doyenne of the day, Vesta Tilley, also married well, but performed until the age of 56 before retiring as a titled lady. Belle, who whirled through just four years of stardom, returned with her young Earl to Galway, had three children and remained as the lady of the manor in Garbally House, Ballinsloe until her early death in 1906.  While her star shone briefly, we are lucky that Nuala O’Connor, who lives in Ballinsloe, took up the story.

Contemporary fiction has produced a range of extremely raunchy 19th century Music Hall heroines in recent years, from Nan, the picaresque lesbian of Sara Waters’ Tipping The Velvet to Blanche Beunon, the French burlesque dancer of Emma Donoghue’s Frog Music, not to mention Angela Carter’s bombastic Fevvers in Nights At The Circus.

The charm of Belle Bilton as interpreted by O’Connor, however, is her accessibility and her personal charm. O’Connor sensibly makes no bones about Belle’s primary ambition (that of any young Victorian woman), to find love with an ideally handsome man who will provide for her.  But she also adores to dance.  In 1887 the London Music Halls drew young hopefuls as Hollywood would a century later.  Thus, with a lucky contact in her purse and the blessing of an extremely accommodating Papa, Isabel sets off to join the theatre.

As we join her along the way, we are drenched in Victoriana and the old theatre world: the great Empire, the Drury Lane, the notorious Corinthian Club, the glamorous Café Royale.  Young Lords take rooms at the Burlington Hotel.  She is photographed by the legendary theatre portraitist Alexander Bassano, and her sepia image reproduced on “cabinet cards” which were the fans collectors’ items of the day. The public read of her exploits in The Pall Mall Gazette.

Isabel determines to succeed as a performer and have as much fun as possible while doing so.  Despite significant odds, she succeeds and moreover delights the reader as she does so. There are dandies, cads and an adorable gay man who becomes Belle’s best friend.  There’s lashings of gin.  With the sisters Bilton, it’s rehearse, work, party all night and sleep a good part of the day. With yet more lashings of gin. Yet as opposed to sinking into degradation in the underbelly of Victorian society, Belle is a heroine that works the system and keeps her head above water.  Her one fall – when she is preyed upon by a certain “Baron” Loando – occurs as a result of her unmistakable gullibility but is faced bravely, and with the help of her dear friend Wertheimer, she picks up and moves on.

The main thrust of the story follows Belle’s meeting and falling in love with William Le Poer Trench, the Fifth Earl of Clancarty. As one might imagine, the course of true love does not run smooth in 1889 when a nobleman marries a “peasant” as the Earl’s father dubs Belle.

Since William, like most wealthy young men of his day, is deep in debt, his father blackmails him, forces him to part from Belle and there follows a gripping court room drama where Belle and her husband are put through the mill by the old Earl and the powers that be. To tell you any more than that would be a spoiler.

Historical literary fiction can, as Bette Davis might put it, be a bumpy ride. But here the author blends the facts with a thoroughly acceptable level of embellishment.  She finds the joy and passion of one young woman, imbues it with pitch-perfect Victorian turn of phrase and ambience and delivers a cracking story. The skilled combination of fact and fiction is what allows the imaginative author to shine, and in this, her ninth book, Nuala O’Connor truly shines. 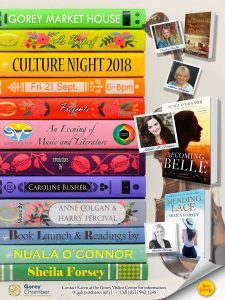 Growing up in a military barracks in Aldershot at the end of the 19th century, Isabel Bilton knows that she will never find a suitable man to marry, and certainly not one with prospects. The eldest, and most attractive, of three daughters, she longs to head instead to London, where her life can truly begin.

With 60 guineas from her father, who trusts her “as surely as I would a man”, she gets her wish at a tender age, and promptly sets about trying to make her fortune on the stage as a performer, bypassing the chorus line entirely to bag a leading role.

“This is bohemia,” the stage manager tells her. “And here we do anything we please.”

Soon she is joined by her younger sibling, Flo, and the Bilton sisters set about taking the music hall by storm. Nuala O’Connor’s new novel charts the four years during which Isabel rises to become the Countess of Clancarty, only for her new-found happiness to be threatened by the snobbish social conventions of the time.

Becoming Belle is based, as was its Irish author’s first book, on a true story. There was an Isabel Bilton, and she did, after various trials and tribulations, marry William, Viscount Dunlo, eldest son of the Earl of Clancarty. The court case in which his family tried to have their marriage annulled was an infamous scandal in its day. The rest – from Isabel’s attractively feisty character to the details of her life in London and unconventional courtship – is the fruit of O’Connor’s own imagination. Happily, she had no shortage of material with which to work. Isabel Bilton’s life in London was many things, but uneventful wasn’t one of them.

Women may have kept their distance from her, jealous of her charms perhaps, but men enjoy Isabel’s company enormously. The inevitable happens, as she falls pregnant to her very first lover, a notable cad who’s soon jailed for a series of frauds.

Taken in by a kindly male friend, Isabel gives birth in secret, and her son is sent to be raised by a wet nurse in the countryside. She relaunches herself back into the music hall, now calling herself ‘Belle’, and is more popular than ever.

It’s at a gentleman’s club in the city around this time that she meets William, heir to 24,000 acres near Ballinasloe in Co Galway. She falls in love, observing: “She did so like the Irish – they had a softer manner than her countrymen, were less inclined to pomposity.”

Trouble soon follows when the couple become engaged. “Belle Bilton is not the type one marries,” the Earl bluntly tells his son. “What proper gentleman would harness himself to a music-hall knicker flasher?” He threatens to cut off William’s allowance. Eventually, all is resolved happily. Belle’s husband finally stands up to his bullying father in court, where Belle has been wrongly accused of adultery; her name cleared, she returns to the stage in triumph.

Now disinherited, William and Belle live off the money she makes in the music halls, until the Earl’s death ennobles her husband, and they make the journey to a now much-reduced estate in Galway. There, a postscript informs the reader, she gives birth to twins. The house where they lived is now a school.

O’Connor is also known as short-story writer Nuala Ní Chonchúir, and the episodic nature of this novel suits such a talent for the miniature. As with her first novel, about the American poet Emily Dickinson and her maid, the bedrock of factuality also allows her to concentrate on detail – which one suspects is her preference – rather than an unfolding, interlocking narrative.

The book is carefully researched, but the learning is never laid on too thickly. A peppering of Victorian slang here and there is enough to remind the reader of the period, as when Belle is said to be “clapperclawed with tiredness”, or William is “potted on gin”, or his father calls her a “hoyden” (an old word for a rude and disreputable girl) or the single male friend with whom she is unfairly accused of having an affair is referred to by William’s macho friends as a “back-scuttler”. A dictionary is not needed; context provides meaning more often than not. A few details, such as an explanation of the rules of the card game “lanterloo”, or when the heroine takes spoonfuls of Pepper’s Quinine and Iron Tonic to keep up her strength, are enough to colour the narrative.

Some questions do arise. Did Victorian women really say they were enceinte, rather than pregnant? I must admit I’d never come across the word before. But O’Connor is a skilful storyteller, and earns sufficient trust not to let such quibbles mar the enjoyment. And enjoyment is definitely the right word.

Quoted on the cover of Becoming Belle, Irish crime writer Liz Nugent compares O’Connor to Edith Wharton. That’s a bit of a stretch. Other readers in search of a rich, layered slice of neo-Dickensian artifice in the manner of Sarah Waters’ Fingersmith may be disappointed. Becoming Belle is more reminiscent in many ways of the works of Catherine Cookson, whose tales of girls from humble origins making good in society against all odds, once sold more than 100 million copies – though many are, whilst still available as e-books, now out of print.

O’Connor’s raunchy sex scenes are much more unexpurgated but her characters have the same earthy charm, and her book satisfies that appetite for feisty, proto-feminist heroines.